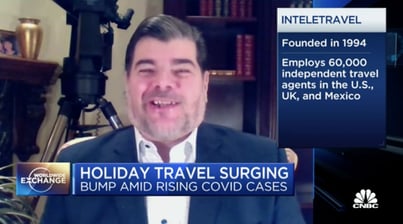 When Is the Best Time for a Miami Vacation?

Miami’s reputation precedes it. With countless portrayals in pop culture—television series, movies, music videos—the city needs little help to attract tourists. In fact, Miami is the second most popular destination for international travelers in the United States, behind only New York.

It welcomed 8.3 million visitors in 2019 alone. It’s no secret why. Miami mixes world-class beaches, nightlife, cuisine, and music with a scenic skyline and coastal setting. It’s synonymous with a good time.

So when’s the best time to visit Miami? With sunshine all year round and temperatures rarely dipping below 50 degrees Fahrenheit, you could very well enjoy an unforgettable stay all year round.

Having said that, there are optimal times to book that trip to South Beach. Let’s break it down.

When thinking of Miami, you probably dream of fun in the sun with a drink in your hand and not a care in the world. You can certainly find that bliss throughout the year, but some seasons make for better climate conditions.

Winters in Miami are dry and warm. The average high in January, for example, is around 76 degrees. You can comfortably walk the streets and dip into restaurants and bars without sweating through your shirt on cool days. The pleasant weather also makes for ideal golfing conditions. So if your trip is based on hitting the links, book during this time of year.

When the temperature climbs a little higher, the beach is a viable option even if the water is a bit cooler.

The downside of better weather, of course, is that it attracts more tourists. Indeed, the high season in Miami encompasses November through April, with peaks (the holidays in December and spring break for college students in March) mixed in. If you’re committed to a winter trip to Miami without overwhelming crowds, strongly consider late January or early February.

From a pure weather perspective, spring might be the best time to visit Miami. The temperature climbs into the 80s without the humidity or rainstorms that drench the summers there. Those conditions make for perfect days on the beach and nights at some of the city’s famous establishments: It’s bar roof deck season.

The Florida summer can be brutal: heat, humidity, and rain seemingly every day. Even as the downpours come and go in a matter of minutes, they leave behind sweltering conditions that will have you changing shirts. Then you factor in tropical storms and hurricanes, which pose a threat from June to November.

Having said that, this is the time of year to get spontaneous. Keep your eyes peeled on the forecast and don’t be afraid to book mere days or weeks in advance of a trip. You’ll often find great last-minute deals for lodging and flights—just make sure you have travel insurance.

The crowds in Miami start to ramp up the closer you get to the end of the year. The temperatures dip and the humidity dissipates as does the threat of hurricanes. The snowbirds return to their winter homes and revelous travelers book their holiday vacations. The late fall represents the end of the low season in Miami and the start of the high one. Expect to pay some premium prices.

The Best Time for a Luxury Stay

If you want to experience Miami in all its glory at the height of its high season, then you’ll have to pay a pretty penny and book early. Grab your spot in that luxury suite before it’s claimed.

However, if you’re more interested in the luxury than the debauchery the city has to offer, you’ll find excellent deals in the late summer. Upscale boutiques such as W South Beach, The Betsy-South Beach, and Circa39 offer significant discounts during July and August, with incentives like free extra nights and dining credits to boot.

If the heat and humidity don’t bother you, you can explore Miami at your own pace while avoiding the crowds.

The Big Events You Don’t Want to Miss

As a city known for its activity, Miami always has something going on. Mark your calendar with one of these events to plan your trip around.

A trip to the Orange Bowl isn’t necessarily just for sports fans. The annual showdown between college football powerhouses invites thousands of students, alums, and parents from the respective schools to Miami, where the party starts well before kickoff and continues deep into the night.

For the truly adventurous, couple this trip with a New Year's Eve night on South Beach.

Billed as “The World’s Premier Electronic Music Festival,” Ultra is a truly international affair. It sends the biggest names in EDM to the stage where they’re cheered on by hundreds of thousands of revelers who flock to Miami from all over the planet. The massive crowds might drive some away. For others, it’s a bucket list item, especially if electronica is your thing.

Miami Beach Pride makes its triumphant return in September 2021. This free festival and parade, which runs through the city’s Art Deco district, celebrates “Miami's vibrant and diverse LGBTQ+ Community” while welcoming 175,000-plus attendees from all around the world.

Foodies rejoice, the world-class chefs of Miami show off their culinary talents with special prices from August through September during Miami Spice. You’ll indulge on three-course meals from the city’s top eateries for just $25 for lunch and $39 for dinner.

Art Basel is an international art fair, staged in three select cities: Basel, Switzerland; Hong Kong; and, you guessed it, Miami. The latter portion takes place in early December each year and features galleries and pieces from so-called masters to emerging artists.

The Best Time for R&R

Few travelers head to Miami to relax, per se, but we can understand if you want to mix some rest and low-key recreational activities when you head to South Florida. Book during the downtimes of the calendar (late January or early February, or the summer months) to avoid the biggest crowds.

Another consideration is to combine a Miami day trip with a longer vacation. Fort Lauderdale, the city’s neighbor to the north, features upscale amenities in a quieter setting. You could also fly into Miami, spend a night or two there, then head for the Florida Keys where there’s fun and relaxation aplenty for the whole family.

Talk to an Expert

Here's the truth: Just as there's no bad time to visit Miami, there's no best time either. Well, at least not a time that works for every traveler.

It really depends on what you're looking for and the budget you have available. That's where it pays to work with an experienced travel advisor.

InteleTravel Advisors travel extensively themselves, so they're experts in destinations near and far. They'll advise you on places to go and those to avoid, the can't-miss meals and must-see live shows. They'll book your flights and lodging at the lowest prices available and even throw in a few upgrades at no extra cost.

The personalized touches will help you get the most out of your trip to Miami, regardless of when you go.